Mark Bibby Jackson takes a lift to the top of the world to spend a night at Rosewood Phnom Penh and discover a world of refined luxury and devastating views. 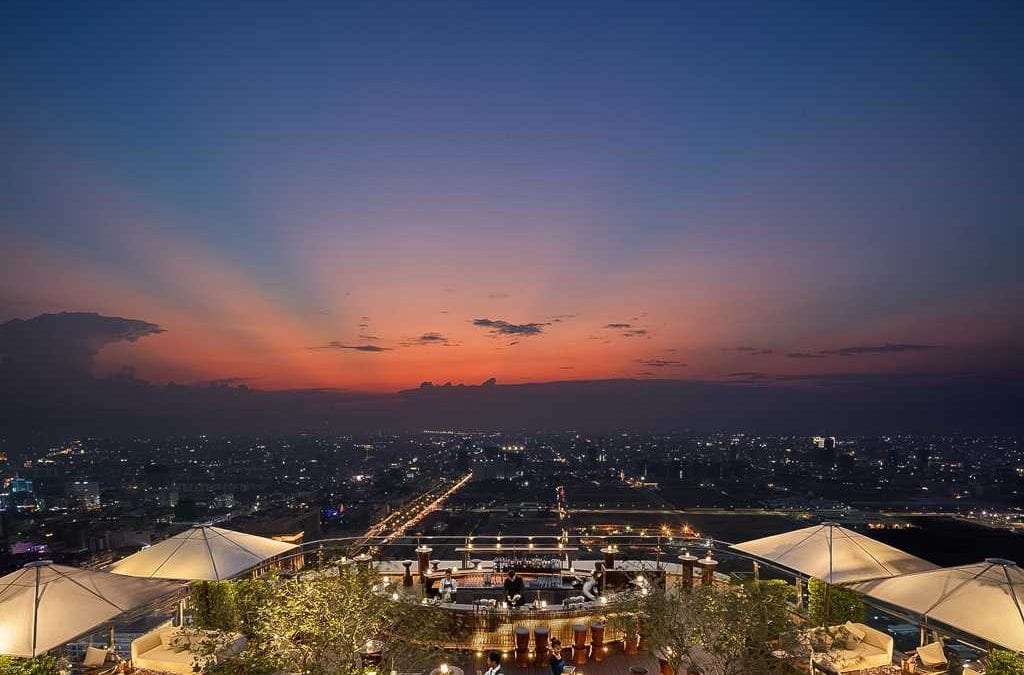 Mark Bibby Jackson takes a lift to the top of the world to spend a night at Rosewood Phnom Penh and discover a world of refined luxury and devastating views.

It is a truth universally acknowledged, that a single hotel in possession of a good budget, must be in want of a spectacular view. And in Phnom Penh no view is comparable with that from atop the Vattanac Capital Tower.

When I first arrived in the Cambodian capital over a decade ago it was the Intercontinental Hotel that stood proudly as the tallest building in town. Now no longer, the building in which it once stood is so dwarfed by the 38-storey bastion to financial acumen that its frail figure lurks indistinguishable in the inevitable urban haze.

There are hotels with views, and views with hotels; Rosewood Phnom Penh most definitely falls into the latter category.

Instead, it is the newly opened Rosewood Phnom Penh that has assumed its lofty perch by offering the highest rooms in town.

There are hotels with views, and views with hotels; Rosewood Phnom Penh most definitely falls into the latter category.

From their lofty vantage point, guests can choose from a view of the majestic Tonle Sap and Mekong rivers, or a more urban environment including a bird’s eye sighting of the Art Deco Central Market or the colonial classic Raffles Hotel Le Royal, where Jackie Kennedy sampled cocktails. Those with a more historical outlook can feast on Wat Phnom, where legend has it that Daun (Grandmother) Penh placed four bronze statues of Buddha to found the city later dubbed the Pearl of Asia, in the 14th Century. Or there is the solar-panelled roof of the American Embassy, the rooms overlooking which are much sought after by Russian and North Korean visitors, allegedly. Unlike the citizens of the latter democracy, at the Rosewood Phnom Penh you are literally spoilt for choice.

For another take on luxury hotels in one of Southeast Asia’s capital cities, read The Athenee Bangkok, a Royal Face-lift.

Mere visitors have to content themselves with the deck on Level 37 – colloquially referred to as Angry Bird Beak, such is the striking similarity between the colossal building and the popular animated character – where Sora bar offers spectacular sunset views as the resident DJ mixes his tunes with skills to match those demonstrated by the bartenders. The spot has proved so popular with Phnom Penh parvenus that management has imposed a smart-casual dress code to deter riff-raff, although quite why anyone would want to visit here in thongs and wife beaters, is beyond me. As a long-term expat friend observed, “We appreciate the opportunity to dress up, there isn’t much call for it in Phnom Penh.”

Those looking for a seamless stay rather than wishing to be seen, can repose in their rooms, each one of which has been appointed with an eye for detail sadly lacking elsewhere in town – or across Southeast Asia’s identikit resorts, for that matter.

Alternatively, on Level 35 there is an art gallery, curated by long-term – at least until her recent defection to the UK – Cambodian expat Sasha Constable, descendent of Suffolk’s John. It features some fine examples of contemporary Cambodian art, including pieces by Chhoeun Channy, Lim Muy Theam and Ouk Chimvet – names destined now to achieve deserved international recognition.

However, why linger in your room? After a cocktail on the Beak, what better way to spend the evening than by sampling the fare on offer at Iza, the signature restaurant of Rosewood Phnom Penh, with its izakaya-style dining and robata-yaki and irori charcoal grill open kitchen. Then, slide over to the whisky bar for what must be the widest range of malts in town. After all, the quality of the bed and linen will ensure you awake from your peaceful slumber with a clear head, however many drams you partake.

For several years, there has been talk of a five-star take off in the Cambodian capital that has signally failed to materialise. Now, following the opening of the Rosewood Phnom Penh, and with the Shangri-La, Courtyard by Marriott and Hyatt Regency in the offing, Phnom Penh’s luxury hotel accommodation might just be looking up.

Is Cambodia the Next Wellness Destination? 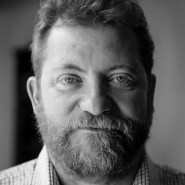