The Cambodia Water Festival – or to call it by its Khmer name, Bon om Touk, is a three-day spectacular that involves colourful boat racing, royal appearances, fireworks and heaps of cultural entertainment. Unlike Cambodia’s other major festivals that see the capital empty, Water Festival sees people from across the country flock to the capital to join in with the celebrations.

Unfortunately once more there will be no boat races in the capital for 2022, although celebrations can carry on in provinces.

History of the Cambodia Water Festival

The Water Festival’s roots are believed to stretch back to the 12th century during Angkorian King Jayavarman VII’s reign. According to one version of events, it started as a way for the King’s navy to usher in the fishing season. The celebrations were seen as a way to appease the gods and, in return, secure an ample harvest of fish and rice in the upcoming year.

According to another legend, Water Festival was a way for Jayavarman VII to prepare the navy for battle. At Bayon and Banteay Chmear temples, there are carvings that depict naval battles that resemble today’s boat races.

Reversal of the Tonle Sap

Water Festival also marks the reversal of the Tonle Sap River. While this has not taken place for the last two years due to a combination of climate change, mega-dams dotting the Mekong River and other issues, it is usually when water from the Mekong, which converges with the Tonle Sap in Phnom Penh, pushes water back up the Tonle Sap and into the Tonle Sap Lake in Siem Reap. During this time, areas of the lake’s water swell up to tenfold. 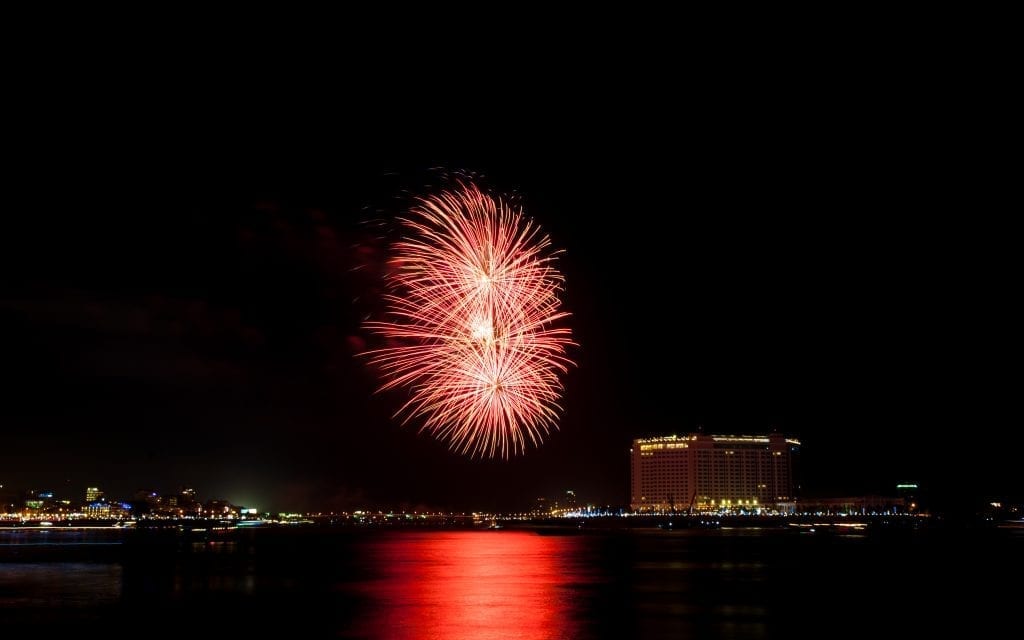 What to Do at the Phnom Penh Water Festival?

Today, it remains a firm fixture on Cambodians’ calendar. While it is celebrated countrywide, the main festivities take place along Phnom Penh’s riverside, which flanks the Tonle Sap River. Here, people pack the promenaded to get a glimpse of the elaborately-decorated, long boats that carry up to 100 people as the race along the water. In the evenings, a firework display signals the start of an array of illuminated floats – usually sponsored by government ministries or major organisations – dancing down the river.

However, Water Festival isn’t all about boat racing. It is also an opportunity for Cambodians to give thanks to the land as well as the water. This is attained through three special ceremonies. Loy Pratip involves an illuminated fluvial parade involving brightly adorned boats sailing along the waterways Sampeas Preah Khe is the full moon ceremony and is marked with salutations and offerings nationwide. The final ritual is Auk Ambok. This traditional delicacy is made of flattened rice, bananas and coconut. It is eaten after midnight when the harvest moon is celebrated.

Water Festival’s dates change each year but always fall on the full moon of the Buddhist calendar month of Kadeuk. This full moon is also known as the Harvest Moon and is believed to portend bountiful crops ahead. Smaller public celebrations are also held in Siem Reap and Battambang.

When is the 2022 Water Festival in Cambodia?

Where is the Cambodia Water Festival 2022?

Although Phnom Penh’s riverside is easily the most spectacular place to see the festival with its numerous boat races, if you are in Siem Reap at the time, you can also enjoy the festival there.