After 22 years ferrying visitors to Angkor Wat, a group of elephants have found a new home at Kulen Elephant Forest. 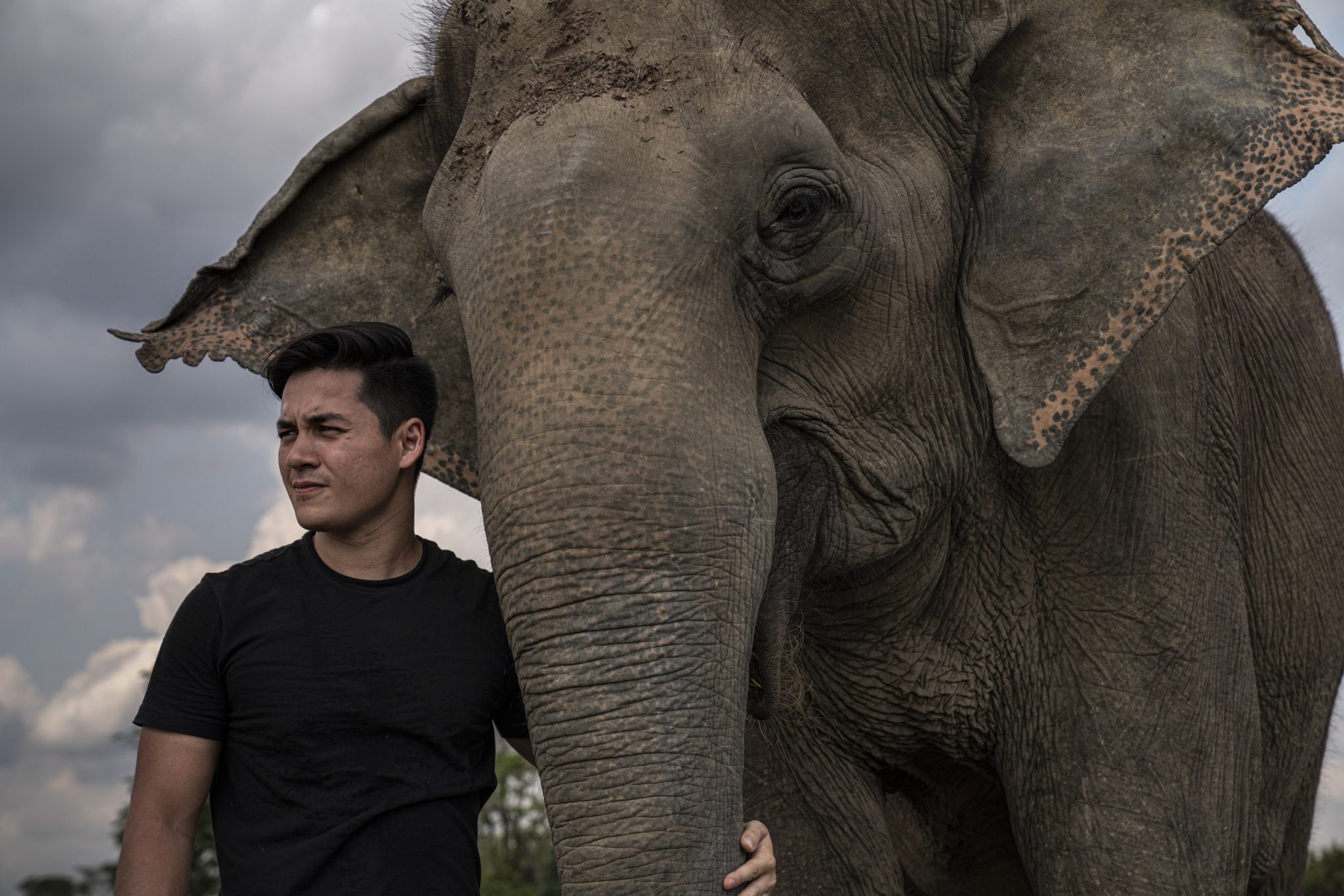 After spending 22 years ferrying visitors to the temples of Angkor Wat, a group of elephants have found a new home at Kulen Elephant Forest at the foothills of Siem Reap’s sacred mountain.

Deep trumpets bellow through the trees as we make our way through forest to a large bathing pool in a clearing at Bos Thom Community Forest. Three mahouts chatter on the water edge as the elephants raise their trunks to splash mud on their backs in an attempt to cool themselves from Cambodia’s relentless heat.

“The changes in the elephants’ behaviour has been insane,” says David Jaya-Piot, co-founder of Kulen Elephant Forest. And he knows first-hand. In 1997, his parents launched a cultural project to reintroduce elephants to Angkor Wat as tourists once again started to trickle into the country.

“Then, the answer to keeping elephants in captivity was riding camps,” the 25-year-old recalls. “Over the years they’ve become synonymous with the horses of Central Park and camels of Giza, but then it wasn’t shocking to anyone. As time went by, mentalities changed and my parents got old, so moving with the times was not so much in their capacity.”

After studying finance in the States and working at a bank in Jordan, Jaya-Piot decided to return to Siem Reap for a sabbatical, where the family founded stalwart Angkor Village Hotel in 1994. “A conversation came up with my dad and I said we should do things right this time because times have changed.”

Jaya-Piot’s father agreed, on the condition Jaya-Piot oversaw the huge project to retire Angkor’s elephants and return them to their natural habitat. The transition started in 2017, with the next two years spent learning about elephants, creating the 400-hectare sanctuary, working with communities and training the team.

The changes in the elephants’ behaviour has been insane

In 2019, the transition was complete and 14 elephants had found a new home in this patch of forest at the foothills of Phnom Kulen, about a 1.5-hour drive from Siem Reap. This saw the end of elephant riding at Angkor Wat and the start of a new life of retirement for the elephants – and the signs that a happier life lay ahead were astonishing, Jaya-Piot says.

“In riding camps, elephants are little more than vehicles, they’re walking platforms. Although they can have perfect physical welfare, their mental health is not great and that’s 60 percent of what makes an elephant happy. The changes in the elephants’ behaviour has been insane.”

While it’s hard to believe as we trudge behind the group of three elephants, happily stomping side-by-side as they occasionally pause to tear a sapling from the ground with their trunks or take a short rest in dappled shade, Jaya-Piot says the process has been far from easy.

“You can imagine a neglected, extremely aggressive animal can become a huge problem. Resocialising them here has been instrumental in being able to reintegrate them into a herd and to work with them once again. You can’t put eye drops in an elephant that’s trying to kill you.”

The process has involved holding elephant mixers to find small groups who get along. “We’ve had fights along the way but these are all important things in developing a social structure. Now everyone has somebody they’re attached to and from these couples of elephants we’ve been able to form groups of four or five. Now we’re in the process of socialising them more to have a cohesive herd.”

In December 2019, Kulen Elephant Forest opened its doors to visitors, offering half-day tours at the sanctuary to learn about the elephants’ plight and the project before hanging out with the majestic beasts in their natural habitat. Three months later, Cambodia shut its borders to tourists as Covid-19 swept across the globe and tourism-centric Siem Reap quickly transformed into a ghost town.

“It’s been really tough,” says Jaya-Piot. “We had no visitors for a long time.” With it costing $12,000 a year to feed one elephant and Kulen Elephant Forest having 11 mouths to feed – three have died in the last few years due to old age – it has been a mix of pay cuts and Jaya-Piot’s personal funds that have kept the project alive. Covid also meant the specialised vet, who spent one week every month at the project, was unable to visit from Thailand.

In November, Cambodia became one of the first country’s in the region to open its doors to vaccinated visitors. In May, all entry requirements were scrapped for double-jabbed tourists. This has kick-started a slow rebound in tourism. “We’ve started to see a few more tourists,” Jaya-Piot says.

Encouragingly, we pass a small group of European holidaymakers as we follow our elephants and their mahouts deeper into the forest. While Jaya-Piot admits figures for tourists in Siem Reap are from pre-pandemic levels, he remains optimistic that will soon change, and he’s in it for the long-haul.

“I was really looking for a life of adventure and was tired of doing what I was doing before this. This was the perfect opportunity to do something better and it’s been an incredible journey.”

Kulen Elephant Park offers morning and afternoon tours, which include transport from Siem Reap. They include a picnic, elephant observation and watching them have fun in the forest. Sessions cost $50. For more information, visit https://www.kulenforest.asia/.