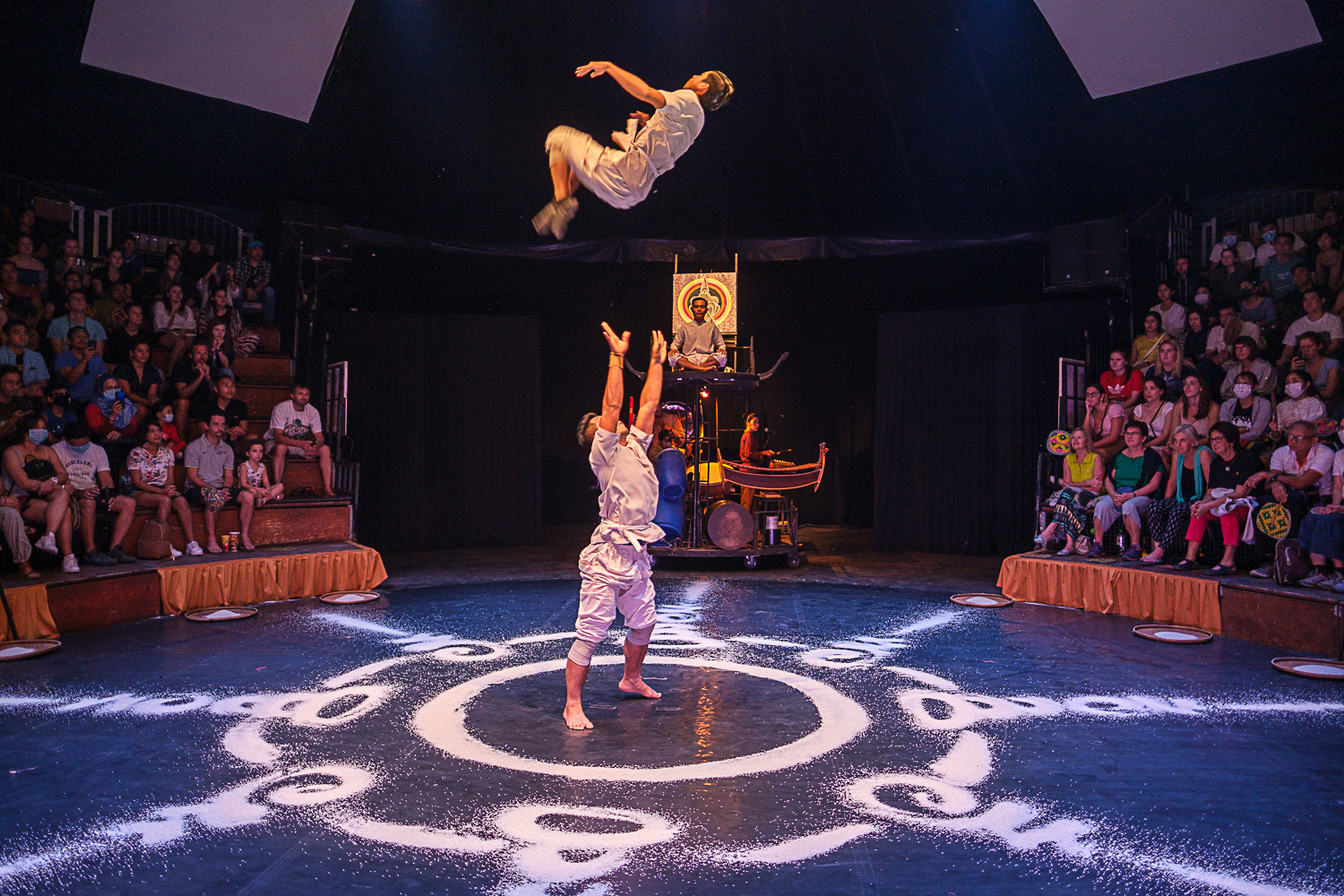 Award-winning Phare circus is taking a jaunt from its usual Siem Reap and Battambang homes to the capital to bring its latest show, Flashback, to Factory Phnom Penh.

Flashback follows the story of a man who leaves his hometown for a promising city alive with opportunities and modern infrastructure, where digital is king. However, once he arrives, he yearns once again for the simple rural life he left behind, where happiness sat around the corner. While he may be living his dream life in the city, he has left his heart behind in his hometown.

Take a trip down memory lane with Phare, the Cambodian circus from November 1 to 29 every Tuesday and Thursday at 8pm and Sundays at 5pm at Factory Phnom Penh.

Phare comprises a troupe of performers use theatre, music, dance and modern circus arts to retell ancient Khmer folktales given a modern spin. All of the artists are students and graduates of Phare Ponleu Selpak’s vocational training centre in Battambang. It was formed in 1994 by nine young men who returned to Cambodia after fleeing during the Khmer Rouge. They met at art therapy classes in a refugee camp on the Thai border and pledged to use these skills to help underprivileged people on their return. Today, the art, music, theatre ad public schools they founded serve more than 1,200 pupils daily. Phare also put on shows at its big top tent in Siem Reap and at the school in Battambang, with tours of the school available.

Tickets cost $15 for adult and child general seating, preferred seating on the two front rows is $25. Children under the age of five who can sit on their parent’s laps are free.