Marissa Carruthers has called Cambodia home since 2012, but when the pandemic hit, she was faced with the huge dilemma of surviving covid in Cambodia and whether to stay or go? 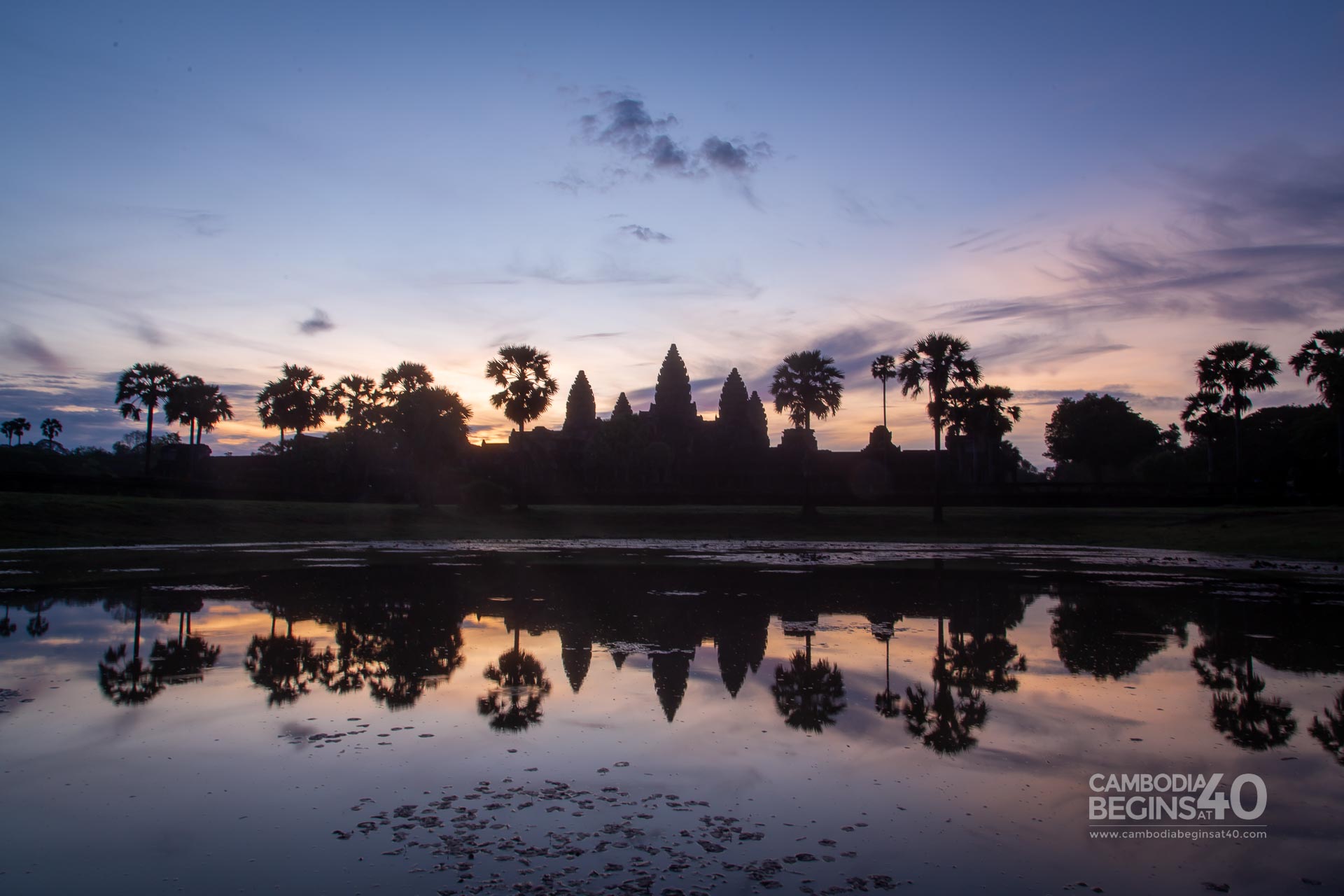 Marissa Carruthers has called Cambodia home since 2012, but when the pandemic hit, she was faced with the huge dilemma of surviving covid in Cambodia and whether to stay or go?

It was mid-January 2020. I’d returned from covering a five-day conference in Brunei that I’d embarked on jet-lagged, not even 24 hours after landing in Cambodia from my annual festive jaunt to the UK. Covid-19 had not yet entered our vocabulary – albeit there was a storm brewing in China – and I think I’d used the terms pandemic, quarantine and isolation not even a handful of times in my life…

The first few months of 2020 were already packed full of work trips across the region, and after enduring months of the same throughout 2019, I was fed-up of flying. I craved being able to spend more than a handful of consecutive days at my Phnom Penh home. I was done with travel.

Better the devil you know.

Well, we all know what happened next: two tortuous years of my wishes – and way, way worse – coming true.

Cambodia acted swiftly to shut borders with the outside world. Tourist visas were halted and all entries into the country had to ride out a tough and costly two-week stint in hotel quarantine – all moves I’m convinced kept us relatively safe while swathes of the rest of the world endured harsh lockdowns and other restrictions on daily life.

As the world quickly started to close and the global population raced into a constant state of uncertainty, I was warned that the last rescue flight was soon leaving for the UK. I faced a tough choice: do I stay or do I go?

I’ve called Cambodia home since 2012. I have two ageing rescue cats I lavish with love. I have my work, my friends, my life. On the other hand, my elderly parents live in the UK, where the body bags were already mounting. And as I watched in horror as hospital beds filled up across the developed world, I had to question how Cambodia’s health system would cope when faced with the same. Surely, I’d be better off in Britain?

I was warned that the last rescue flight was soon leaving for the UK. I faced a tough choice: do I stay or do I go?

It turns out I was wrong. Throughout 2020, Cambodia was one of the safest places on the planet in terms of Covid-19. No deaths were recorded and the infection figures kept in the hundreds, with the vast majority imported and caught at the border. While 2021 was a different story, Cambodia has still fared better than most throughout the west – and was one of the first in the region to reopen after it quickly rolled out its vaccination programme.

As a country heavily reliant on tourism, the pandemic has caused devastation with ripple effects that will undoubtedly last decades. However, it also presented some opportunities. While borders remained tightly closed, we were lucky enough to have minimal lockdowns and travel bans. We may well have been stuck inside Cambodia, but we were – for most of the time – allowed to freely explore. And so began the huge domestic drive.

Headed by predominantly younger locals, previously unexplored pockets of the country have been discovered. Cambodians have been heading deep into the jungle for weekend camping trips, embarking on cycling adventures through rough terrain and hiking through the heart of dense forests.

The good news is, the nation’s tourism industry has been keeping a close eye on these discoveries and is developing many into unique itineraries for the post-covid wave of international visitors, who are slowly starting to trickle back.

In the western province of Pursat, Cambodians have been hiking through jungle and lush green landscapes to reach the peak of Phnom 1500 in Veal Veng district. From the top, striking panoramas of Cambodian countryside stretch to the horizon.

In the northern province of Preah Vihear, scores have been flocking to the temple – Cambodia’s other UNESCO-crowned World Heritage site – to stand atop the 525-meter cliff at the peak of Dangrek Mountains.

Ecotourism initiatives have also proved popular ways to escape the crowds, and stress of covid. Betreed in Preah Vihear is one such spot. Nestled amidst jungle teaming with nature – think endangered banteng, pileated gibbons, silver langurs, barking deer, sambar deer and more – the eco-camp features a 300-meter zipline and puts on plenty of adventure activities in the wild.

If you’d told me in 2018 while a hot and irritated me battled Angkor’s crowds with my wearied mum in tow that one day I’d have the temples almost all to myself, I’d have called you crazy.

Capital dwellers have set off on the 2.5-hour drive to Kampong Speu province’s Kirirom – dubbed Cambodia’s Switzerland due to the pine forests that dominate the area. Here, wild camping has become popular, especially at Kirirom Waterfalls, where Cambodians picnic in the bamboo huts that flank the water.

As well as discovering unexplored patches of the country, the pandemic has allowed those of us in Cambodia to rediscover spots that pre-covid were overcrowded with tourists. If you’d told me in 2018 while a hot and irritated me battled Angkor’s crowds with my wearied mum in tow that one day I’d have the temples almost all to myself, I’d have called you crazy.

However, there I was in June 2020 exploring an eerily-abandoned temple complex. Instead of the battling queues to navigate Ta Prohm’s narrow paths, it was empty bar two security guards. A handful of locals were exploring Angkor Wat, with a smattering of pre-wedding photo shoots taking place on an almost-empty causeway. A truly incredible experience.

I returned later in 2020 for a weekend and was refreshed to see that without the mass of tourists, Cambodians could claim back their heritage. Families picnicked under the dappled shade of ancient trees, scores of locals cycled from temple to temple, and kids played sey (a popular game where a shuttlecock is kicked in a circle) on the lawns.

Elsewhere, Kampot and Kep have massively picked up in popularity. The coastal enclave of Kep has always been a domestic draw, with locals flocking there during public holidays to feast on the crab it’s famed for, splash in the sea and picnicking below trees that flank the promenade.

During covid, this became a common scene at weekends as Cambodians sought some respite on the seaside away from the stress of urban life during the pandemic. In fact, unable to leave the country, Cambodia’s elite were packing out the luxury private villas that dot the town. Many even reported being busier during low season than pre-pandemic times.

Kampot has also traditionally been a weekend getaway for capital-dwellers. The pandemic catapulted this trend, with many expats even relocating from Phnom Penh to the riverine town. While this has not been enough to ensure business ran as usual – there are many spots that have not survived the economic battering of covid – it provided a steady trickle of income and semi-shielded the town from the death knell that quickly came knocking on Siem Reap and other heavily tourist dependent destinations worldwide.

As tourists start to return, hopes are high that the one silver lining in the gloomy covid cloud is that Cambodia’s tourism offerings can be built back stronger than ever before. And, in the years to come, undiscovered parts of the country will be sensitively developed for the world to see – and understand Cambodia’s magnetic pull that left me unable to leave during those dark days of 2020.

Hiring a Freelancer in Cambodia