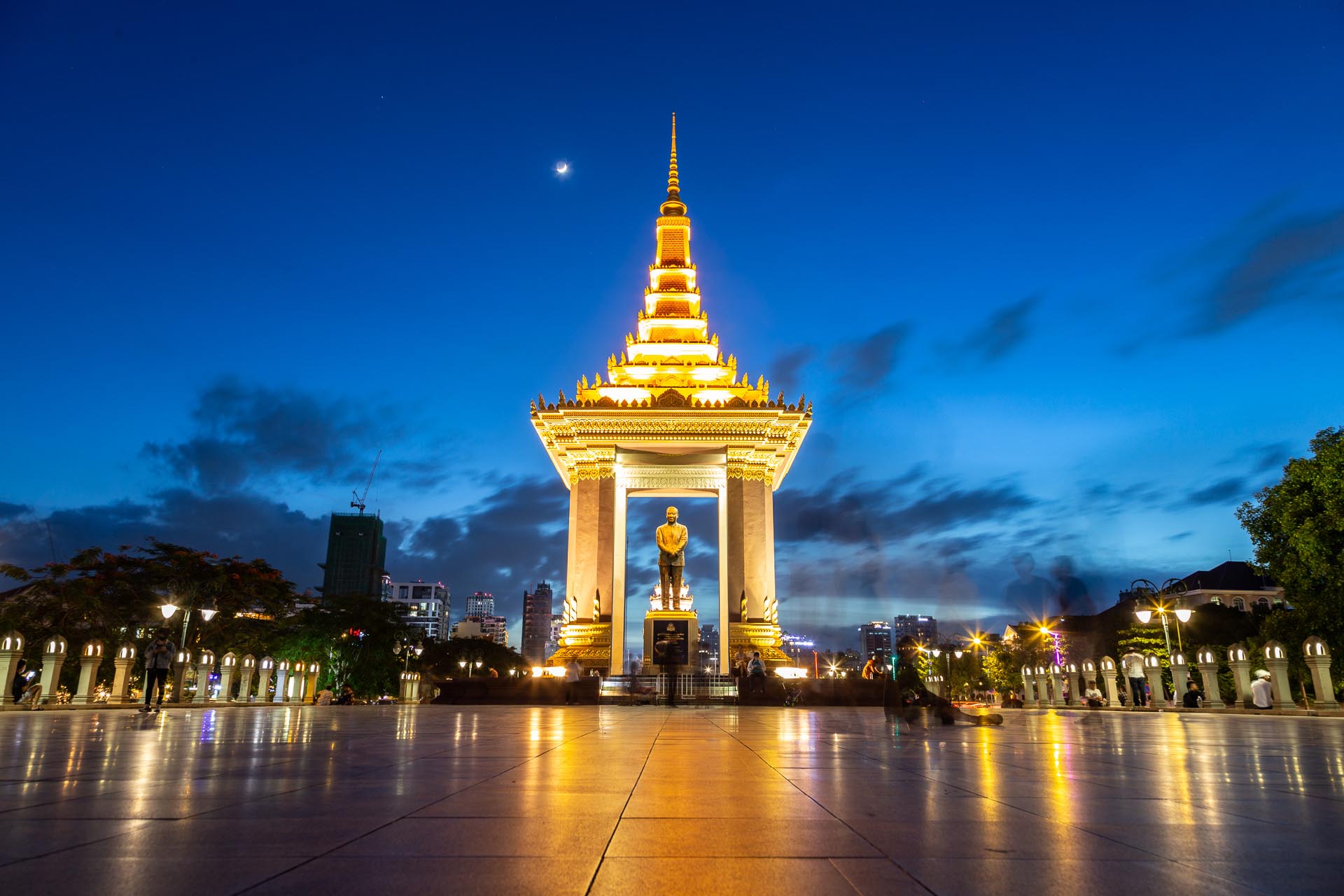 October 15 officially marks the commemoration day of King Father Sihanouk Norodom and is celebrated with a ceremony at the Royal Palace Phnom Penh and across government institutions.

An annual public holiday, it commemorates the passing of the former King Norodom Sihanouk on 15 October 2012 in Beijing, China, aged 89.

A bronze statue of Sihanouk (main photo) – the Norodom Sihanouk Monument – was erected in October 2013, in Samdech Hun Sen Park next to the Independence Monument. It is often called the “King Father” statue as Sihanouk was the father of the current monarch King Norodom Sihamoni.

To call it by its official title, ‘Commemoration Day to the Royal Soul of His Majesty Preah Bat Samdech Preah Norodom Sihanouk, Preahmahaviraksat, King-Father of the Cambodian National Independence, Territorial Integrity and Unity’, this holiday celebrates the life and achievements of highly-revered King Father Norodom Sihanouk, or to call him by his posthumous name, His Majesty Preah Barom Ratanakaodh, which means, “the king who lives in the diamond urn”.